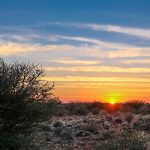 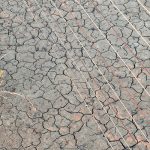 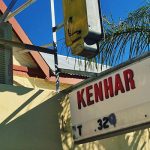 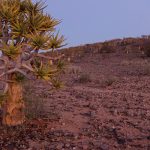 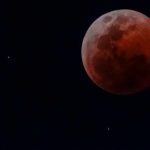 The trip was conceived on a whim, Ian Georgeson of Cross Country suggested getting out of town to photograph great landscapes. We decided on the 27th of July as a departure date and would return on the 29th giving us two days of photography or three great sessions of “magic light”.

We then settled on Kenhardt in the Northern Cape as our destination with our goal being to photograph the Quiver Trees or “Kokerbome” as they are locally known. Then to our delight, we found out that the Friday evening would be a double delight in that it was the evening of the Blood Moon as well as affording views of the Milky Way.

The Blood Moon is that phenomenon that takes place when the moon is in total eclipse and appears red in colour. The Northern Cape hospitality was evident when the folks at the Kenhardt Hotel refused even to take a deposit for our rooms. We left early on Friday so as to have time to settle in and scout a location for the Friday evening photo session.

It was a blur of little towns after leaving Johannesburg, via Randfontein we drove through Ventersdorp and Coligny stopping for breakfast in Delareyville then on through Vryburg and Kuruman before stopping for lunch in Upington, an hour later saw us in Kenhardt checking in to the very quaint little hotel.

After settling we tried to locate the Quiver Tree Forest – lesson # 1, Do not believe everything you read on Google, after asking a local farmer we found out that the hiking trail and forest had been closed for a few years. Lesson # 2, Ask a local, the local farmer Ernie Hatting and his wife Helmien turned out to be the friendliest folk we had ever met. They arranged supper ( a braai in the bush) and met us at the hotel and took us to their farm where we set up tables and chairs as well as our tripods and cameras to wait for the moon. I can only say it was a moment that money could not buy and will never be forgotten, the night sky and moon were amazing. Ernie and Helmien were the greatest hosts one could ask for. After the Friday shoot, we watched Rugby with them on Saturday and then went back to the farm to photograph the trees again at sunset. They were indeed special people.

The Saturday morning saw us heading to Verneukpan where numerous land-speed record attempts had taken place, one of the most notable being Sir Malcolm Cambell in his Bluebird in 1929. More recently Andy Green of the British Bloodhound team also visited the spot when looking for a location for their record-breaking attempt which will take place in 2019.

It is a large dry salt pan south of Kenhardt. When wet it attracts many birds, but when we were there it was dry and cracked. I do remember opening so many gates as we looked for a location. I also remember the puncture and changing the tyre on the pan. Lesson # 3, always have a base plate (a square piece of a roof truss or suchlike) to put under the cars jack. When we replace the repaired tyre we had to dig ground away to align the studs as even with the jack fully extended it just would not make it.

After the Saturday evening Quiver Tree shoot, we sadly said our goodbyes to Ernie and Helmien who in such a short space of time became best friends, the Northern Cape hospitality is legendary.

We saw strange town names such as Putsonderwater which we never believed existed, made friends explored small museums and thoroughly enjoyed ourselves, but then that’s the beauty of a road trip. Over 2000km in 2 days but what a blast.