The reserve integrates the Mashatu Game Reserve, Tuli Nature Reserve, Charter Reserve, and other smaller game reserves. Tuli is also an area with numerous archaeological and historical sites, which endows us with evidence of early communities. Pottery shards, beads, smelting relics, and granaries can be seen at a few of these sites. Apart from a portion of land in Ghanzi, around Gaborone and Lobatse and farmland in Pandamatenga, the Tuli Block remains one of the few areas where freehold land in Botswana is available. The Tuli Block is between 10 and 20 kilometer wide and more than 350 kilometer from the Shashe River in the north to Sherwood in the south.

In December last year, a good friend and I decided to go back to the Land of Giants to look for the remains of the two camps, but also to do a recce of some of the other exciting things that this area has to offer.

We could only find the ruins of the second camp at Tuli Safari Lodge, but we were so impressed with the Northern Tuli Game Reserve and Mapungubwe National Park that we decided to do a safari with some friends to test the itinerary and to see how guests will experience the Land of Giants. 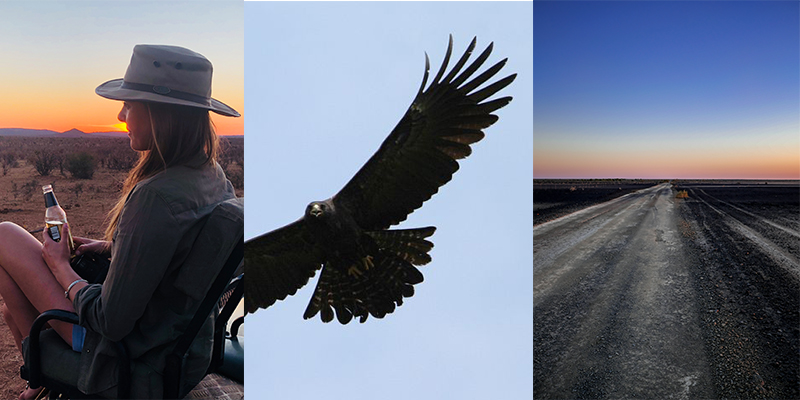 A small group of three well-kitted 4X4’s as well as a 4X2 Mazda Drifter left Pretoria in the middle of September………Destination Tuli!

Alldays is about five hours drive from Gauteng and we were just in time to watch the rugby match between the Springboks and the Wallabies at the well-known “At se Gat”. All went smooth and well on the South African side of the Pontdrift border post. There is no bridge over the Limpopo and we drove through the sandy dry river bed to the Botswana side where we got a little-unexpected surprise. We had to pay import duties on provisions that we took into Botswana. That was very strange to me as Pontdrift must be the only Botswana border post where I ever was confronted with this. I figured out later that the reason may be to encourage the private lodges in the Northern Tuli Game Reserve to buy their provisions local in Bobanong instead of bringing it in from Polokwane in South Africa.

Self-drives are not allowed in the Northern Tuli Game Reserve. We got special permission to drive our vehicles to Shalimpo (as we needed our fridges). But were escorted to the lodge by their game viewing vehicle.

We spent the next three nights at Shalimpo at the confluence of the Shashe and Limpopo rivers. Shalimpo is an unassuming, self-catering stone lodge with a breath-taking view of the reserve, the confluence as well as the red sandstone outcrops and rock formations on the South African side. 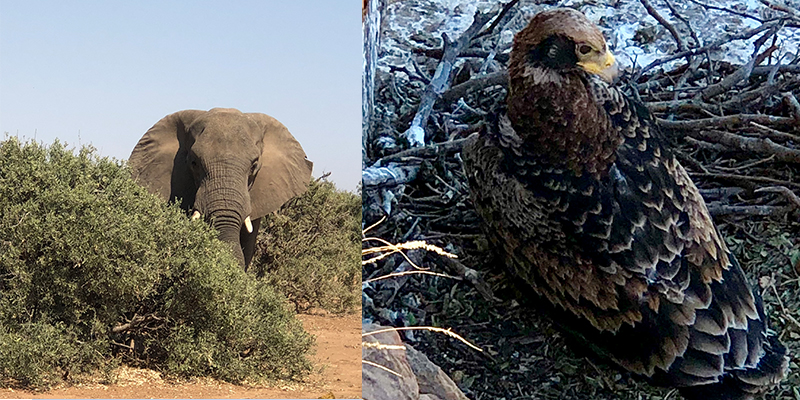 We did an early morning, as well as two-afternoon game drives, and the excellent birding, as well as the majestic trees in this area, will always stand out as a highlight. The rest of the days and evenings were spent preparing meals in the large fully equipped farm style kitchen with an original Dover wood stove and around the campfire which was kept going by the very competent staff all the time. They also serviced the rooms, cleaned the kitchen, laid the tables and made sure that we just had a most enjoyable time.

It then became time to move down to Serolo Safari Camp in the Tuli Wilderness concession. The concession of 24 000 hectares between the Limpopo River in the south and the Motloutse River to the East, belongs to Stuart and Julie Quinn who has a wealth of experience in the southern African wildlife tourism, hospitality, and training industry.

Jerry, our guide for the next three days, welcomed us at Serolo with welcome drinks and after we completed the indemnity forms, gave us a comprehensive briefing on the camp, the concession and the Do’s & Dont’s. Julie also popped in to welcome us. We then settled into our comfortable en-suite safari tents before preparing for going on our first afternoon game- and night drive.

Back at camp, we had pre-dinner drinks at the campfire before sitting down at the long table on the deck overlooking a watering hole. Serolo Safari Camp is a fully catered camp and the meals were outstanding considering that we were in the deepest wilderness and that all the fresh supplies had to come from somewhere.

We heard lions almost all night and the next day Jerry decided that it will be his mission of the day to track them. It was Charlie Buckle’s birthday and Jerry felt that finding the lions would be a good birthday present. Tuli Wilderness specializes in hiking trails and Stuart also guides the hiking trails offered by Mashatu Game Reserve. We spend most of the morning on their tracks but eventually, the tracks went into a very thick and overgrown bushy area and we decided rather not to try and go in there.

We had a siesta at the watering hole in camp enjoying a hilarious behaviour of a troop of baboons and banded mongoose. The birding at Serolo is also excellent with over 370 species identified in the area. After we were served High Tea, we drove back to where lions were but couldn’t find them and decided to call it a day.

After a short night drive and on our way back to camp we came upon a very pleasant surprise. As it was Charlie’s birthday, Julie and her staff decided to treat us to a very special and romantic bush dinner. There were all these candles in brown paper bags all over the bush, two big campfires, paraffin lamps, toilets, a bush pub and a romantic, perfectly laid long table in the middle of the African bush. Julie spent some time with us entertaining the group with unbelievable stories about things that happened on wilderness hikes in the past and making sure that all of us had a memorable evening.

That night the lions roared even closer and Jerry assured us the next morning that it felt as if they were right behind his house.

After a good night’s rest and a light breakfast with freshly baked muffins, we were on the game-viewer again. We drove a few kilometres before leaving the vehicle under a huge Shepard tree. Jerry loaded his rifle and we were in single file, on foot, in this wonderful wilderness again. This time our mission was to find the Verreaux’s (Black) Eagles at Eagle Rock. It was about 20 minutes’ walk to Eagle Rock, a huge rock formation standing guard over the dry river bed of the mighty Motloutse River, one of the bigger rivers of Botswana. Jerry told us that there was a four-month-old chicken in the nest that was about to fly off and leave the nest any day. He led us straight to the nest on the edge of a cliff. The chicken was still there and it was an unbelievable experience to sit there, not more than two meters away from the nest., Everyone got the opportunity to take pictures and to spend one to one time with this beautiful young bird. When the chick is old enough, the adults will stop feeding it to force the young one to leave the nest. The adults saw us at the nest and appeared from nowhere to see what we were doing. These magic huge black birds entertained us with an aerobatic air show for a good few minutes before disappearing into the sky again.

This was undoubtedly my personal highlight of this hiking safari in the Tuli Wilderness. We decided to have a relaxing afternoon at camp and with sundowners at a hippo pool in the Limpopo river before preparing to leave the next morning to Mapungubwe National Park, The final leg of our visit to the Land of Giants.

We drove via Zanzibar border post and Alldays to stock up with supplies for the next three days in Leokwe Camp where we stayed in the self-catering Venda style huts. Leokwe is Mapungubwe’s main camp and is located about 10 kiolometers from the main gate in the eastern section of the park.

We had two full days to explore and enjoy the Park and spend our time with morning and afternoon game drives, enjoying the Treetop boardwalk and hide and the Confluence View Site and Picnic Area. Leokwe Camp has a sparkling blue swimming pool built between the red sandstone rocks and surrounded by a wooden sundeck. Midday temperatures were in the forties and most of us spend our siesta time between game drives at the pool.  Mapungubwe is part of a wider trans-frontier conservation area that links with Botswana’s Tuli block and Zimbabwe’s northern Tuli safari area.

As our visit to the Tuli Wilderness and the Land of Giants proofed to be something very special and a great success, we decided to offer two safaris to this area in 2019. We will go back to Tuli Wilderness in May and in September and as the demand is growing for hiking safaris, there will be one game walk per day included with our stay at Serolo Safari Camp.

Please contact Andre van Vuuren on 082 935 7405 or send an email to portalfred.admin@postnet.co..za for more information.