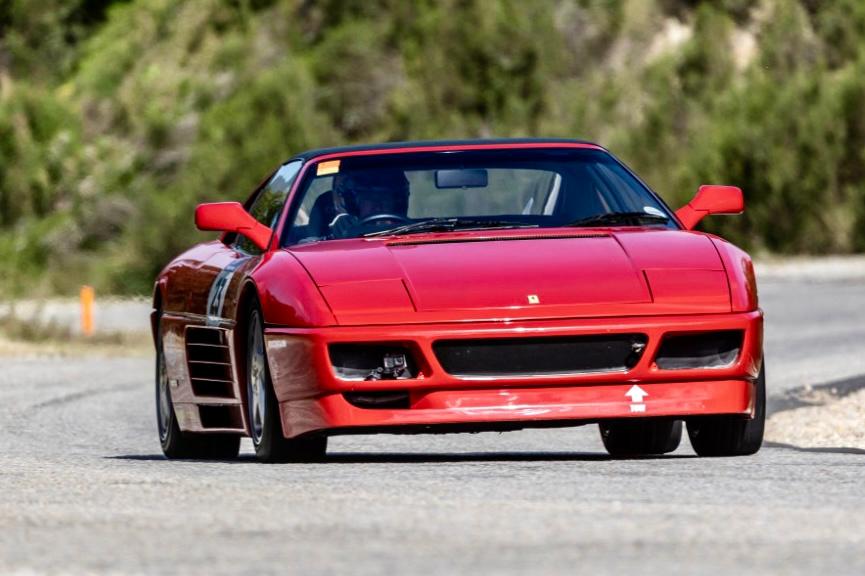 Knysna is one of South Africa’s most beloved towns. When it is mentioned, it evokes images of “the heads”, sea horses, indigenous forests with secretive elephants and adult beverages at sunset on the pier at Jetty Tappas before it went up in smoke in 1999. The Simola Hillclimb is another institution and, since we have many petrolheads as clients, we thought it might be a good topic for this, the latest edition of our newsletter.

As with all large motoring events, the logistics are staggering…

The Simola Hillclimb started in 2009. The event grew rapidly in 2010 and 2012, and from humble beginnings became one of the most popular events on the South African motorsport calendar. In 2014, Jaguar South Africa sponsored the event for the first time, taking it to the next level. This year’s running of the Simola Hillclimb was the twelfth edition of this phenomenal event, held 5 – 8 May 2022.

The list of beautiful cars that have participated in the past include classics such as the Porsche 956, Porsche 917, 1961 LDS Formula 1, 1968 McLaren MV8 Formula 5000; to more modern machinery including two Formula 1 cars of 1989 vintage – Andre Bezuidenhout’s Dallara and Ian Schofield’s Minardi, a 2009 A1GP Ferrari, a Gould GR55, March 77B and 79B Formula Atlantics, a variety of Ferraris, McLaren MP4-12C, 650s, 570s, Lamborghini Gallardo and Aventadors, Porsche GT3RS, Nissan GTRS, Jaguar XKRs Coupe and F-Types, Noble M400s, Radical SR1, and Ariel Atoms.”

Enzo Kuun in his beloved Ferrari.

In 2012, the Hillclimb was expanded to three days, allowing Vintage, Classic and Historic cars their own exclusive day of action on the Hill. Originally, Classic Car Friday exclusively featured pre-1975 vehicles. It was an incredibly popular class, and in 2016, the year of the cars allowed was extended to 1985. As the car park aged, the category was once again readjusted to include cars built before 1990.

At the start line…

The 14 August 1988 was an incredibly sad day for the world of motoring. In Modena, a city in Italy’s Emilia-Romagna region, Enzo Ferrari quietly passed away at the age of 90. The son of a tradesman, he went on to become a WW1 war veteran, and the legendary developer and builder of sport and racing cars. Those cars became symbols of victory, elegance and breath-taking speed over the years He once said: “I build racing cars with the same feverish pleasure with which drug addicts sniff cocaine”.  It is alleged that he never became a really great driver because of a tragic flaw – he could not bear to ruin an engine to win a race.

Giving it hell on the track.

The final V8 model Ferrari developed under the direction of Enzo Ferrari before his death, and commissioned to production posthumously, was the Ferrari 348. It replaced the 328 in 1989 and remained in production until 1995. The naming of these cars is interesting. The “348” shows how the car had advanced over the 328. Instead of a 3.2-litre V8, it had a 3.4-litre V8. Hence, “348”.

What, you may ask, has any of this got to do with the Simola Hillclimb, or even CCIC? Well, this incredible car raced in the 2022 event. This year’s entry list included an impressive 63 years of motoring history. A 1926 Austin Seven entered by Lucie Runnalls was the oldest car in the field, and the youngest car was the 1989 Ferrari 348, with none other than multiple South African rally champion and regular Simola Hillclimb competitor, Enzo Kuun, behind the wheel.

The trophy – a very respectable 3rd place in his class.

Enzo is one of Cross Country’s associates. A motorsport legend, as well as being the son of a Rally Champion, Enzo has had around 34 national rally wins to his name, four of which were in the Sasol Rally as it was known for some 25 years. This was his sixth year of competing, and he’s managed a podium finish every time…