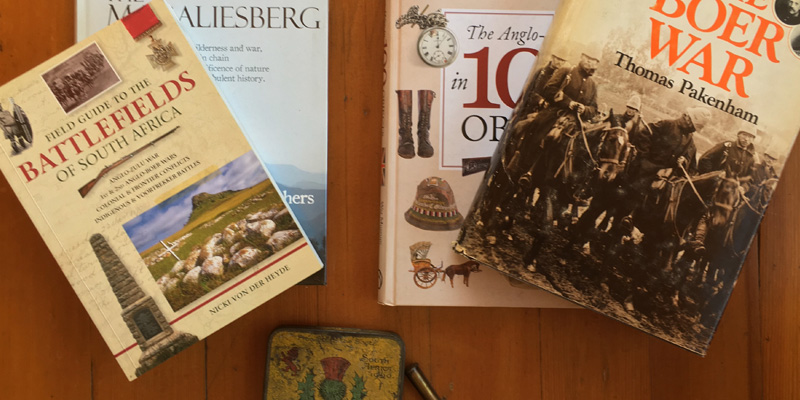 Well, our adventures often take us in different directions and we recently went through to a hotel known as Jewel in the Valley in Hekpoort to listen to a series of talks given by the Magaliesberg Historical Society. The Historical Society is currently engaging with Gauteng Tourism to develop a Battlefields Tourism Route covering the area down from Bronkhorstspruit in the North through to Mafikeng in the West.
Our first lesson was that the Boer War is also referred to as the South African War due to the fact that the combatants came from all races, we were then taken through two excellent presentations which covered the Jameson Raid and the Battle of Nooitgedacht.

The development of the Battlefield Route is an initiative aimed at developing local and international tourism as well as developing job opportunities for locals in the area – this type of development is always done along the principals known as The Triple Bottom Line, in that the activity should have a positive social, economic and environmental consequence and when one evaluates the work being done by the society is immediately apparent that this is a positive step in the right direction.

What was also of interest is although we often look to KZN as being a major conflict scene in the war (Talana/Spioonkop/Willowgrange/Colenso/Ladysmith/Vaalkrans/Elandslaagte – to name major battles) yet there were in around 55 battles and skirmishes in the area covered by this route. The plan is to clean up and secure the routes, bring tourism as a result and develop permanent jobs.

Although the Jameson Raid took place 5 years before the war it is often seen as a precursor to the outbreak of hostilities later. This failed botched raid against the South African Republic was carried out by British colonial statesman Leander Starr Jameson and his Company troops and Bechuanaland policemen over the New Year weekend of 1895–96. They were eventually captured but the sentence of death was overturned.
Nooitgedacht, however, was an example of poor planning and strategy on behalf of the British and good tactics and planning on behalf of the Boers, it followed the defeat of the British ten days earlier at the Battle of Buffelspoort.

One can only hope that this venture will be successful and will achieve its objectives and allow interested people access to these sights and the historical importance they brought to our country. We will keep you informed to progress as the plan develops.