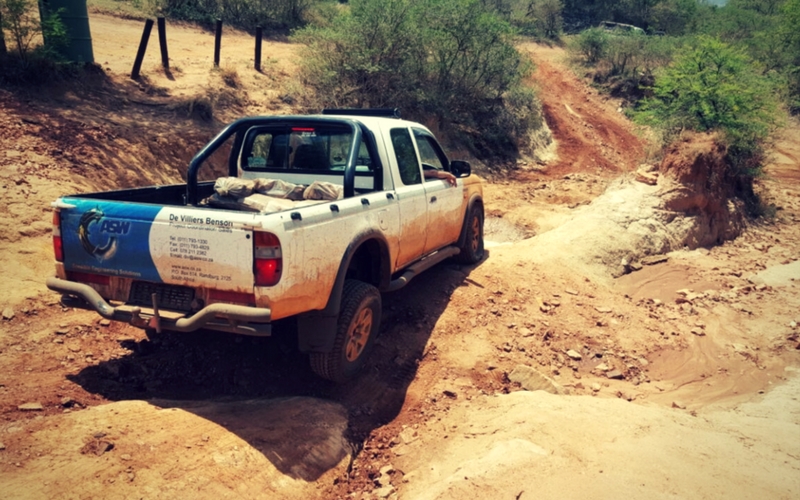 On the 5th of November, that’s a little more than a week ago, Bartel Oosthuizen posted a question on a group on Facebook.  His question was, “More julle wat dink julle van so tipe breakfast run so eenkeer of tweekeer n maandonsmanne met ons rangers!! Harties toe of waarokal as die ST ouensditkandoenkanonsook mos.”

The answer to that question was a lot louder than he ever thought it would be.  His simple post ended up attracting a lot of interest and a WhatsApp group was started to discuss and plan this breakfast run.  Little did he know what he has started.

I was one of the first few who joined his group.  My reason for joining was simple.  Meet new people, and make new friends who are all bakkie fans like myself. I did not have any clue as to what was going to happen next.  It all started as you would expect, very slow and stiff.  But it was not long before more and more people wanted in.

Before long we were more than 30 members on the group and it felt like we know each other for years. Before we knew what hit us, we were talking about a 4×4 getaway on the 12th.  1,2,3 and it was done.  It was all arranged with the venue and we started rallying the people to join. The closer we got to the date of the first meet, the more anxious I became.  What if I don’t like half of the people I meet, what if they are not as nice as they are on the chat group? What if, what if.  But never the less I got in my old 05 model 4×4 Ranger and off I went to meet up with one of the other members close to me.  We didn’t talk much when we first met, and just hit the road to the venue and to meet up with the rest of the members. As the two of us had about a 2-and-a-half-hour drive ahead of us.

We split up at one stage, but that is not important.  We all got together at the venue, and as you would know when you meet a bunch of people whom you don’t know from a bar of soap, it tends to be a bit sticky.  To say the least, that feeling only lasted for about a minute or so, and everyone had started chatting.  We all got along so well in fact that some of the other members had to ask if we were ever going to go do the 4×4 trail.

We then all jumped in our vehicles, old and new, clean and not so clean, 4×4 and 4×2, and went out to go drive the trail and try our hand at some obstacles.  And from the time the last vehicle started and fell into the convoy, an unstoppable force and a brother hood for life started!

We all had the time of our lives.  Everyone tried everything, and if someone didn’t want to, no one forced them to.  We were all there to enjoy our vehicles and the surroundings and boy did we enjoy it.  The fellowship between all the guys and girls was awesome, everyone helping everyone, cheering and chanting, and navigating for one another.

At the end of it all we had a nice braai to end it all off and get to know each other a bit better.  But at that stage, it did not ever feel like we needed to, because it felt like this was our 100th get together and not the first.

I think I speak for everyone that was there that day, if I say we have started something that will unite more people with the same passion and that new lifelong friendships were formed in an instant.

The second get together is already in planning, and will be announced very soon.  Please feel free to join our group on Facebook and become part of the BTR family. Because our slogan is: The more the merrier!